Jelena Jureša has been working extensively with the questions of cultural identity, gender, politics of memory and oblivion through film, video installation, photography and text. In her works, she relates individual stories and questions of identity to collective processes of oblivion and remembrance. She unceasingly questions historical and political narratives and tries to destabilise our ideas of what is true.

Her work has been exhibited internationally, including her solo exhibitions at Argos centre for audiovisual arts, Künstlerhaus, Halle für Kunst & Medien, Graz and Museum of Contemporary Art, Belgrade. Her latest film project Aphasia, which detects a thread of positions of power, racism, injustice and violence from Belgian colonialism, Austrian anti-Semitism and the atrocities in Bosnia during the Yugoslavian wars, was produced by Argos centre for audiovisual arts in Brussels, where it was exhibited in a solo exhibition in 2019. The film premiered at Cinematek, Brussels as part of Figures of Dissent: Cinema of Politics, Politics of Cinema, and has been shown and exhibited at the Museum of Contemporary Art in Zagreb, at Fotomuseum in Antwerpen, at De Cinema in Antwerp, DocLisboa, Kunstverein in Hamburg, and at the 23rd Ji.hlava IDFF where it won the main award. Aphasia was shown within the programme of Contour Biennale in Mechelen, where a new work commissioned for the biennale, the film installation Ubundu was shown for the first time. 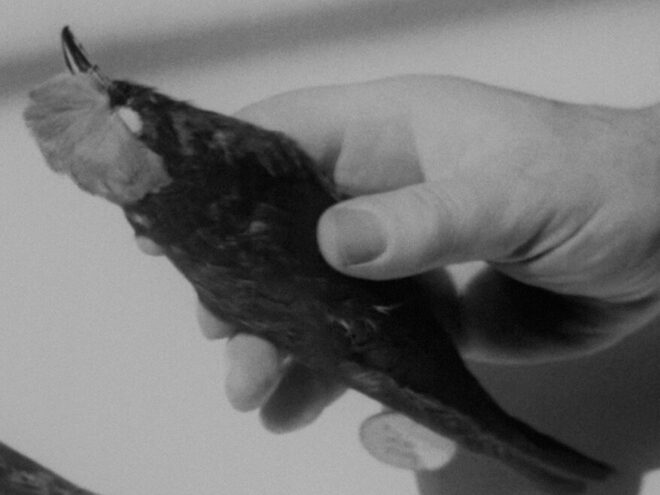