Jihan Imago is a visual artist, performer, drawer and writer, born into a family of Algerian miners in the Hauts-de-France region of France in the 1980s. This heritage, this loaded cultural heritage, as well as the fact of being trans, have had a strong social impact on him; particularly in the discrimination that each of these aspects involved and the roles it is presupposed to play.

Although these two subjects are generally not the themes of his works, they are nevertheless necessarily imprinted on them. In a society based on social inequalities, no identity can be neutral. A work is carried by a person, his or her singular trajectory, identity and history. Each work is a point of view situated by its author, its interpreter, in a fragmented world. Isn't the artist a bridge with the capacity to address the revelation of the smallest to the greatest number?

Jihan trained in drawing and silver photography in the 90s at the Saint Luc Institute in Tournai. To this day, he still uses illustration in the form of installations in public spaces and as a medium for research. From October 2020 he will be exhibiting in the Brussels metro as part of the project These streets, our streets, curated by Johanna Couvée. This exhibition brings together the work of 4 artists on the theme of street harassment.

Later he developed his work in screenwriting and poetry. It is in this context that he led a poetry workshop from January to June 2020 at the Institut Saint Luc de Brussels at the invitation of the Chair Mahmoud Darwich in BOZAR.

It is only from April 2019 that he decides to approach the body as a medium of exploration and expression, in the discovery of his own language. He then embarked on a two-year research residency in movement dance at Citylab Pianofabriek Brussels. The project that was then called Natural Born Healer took the form of a creation a year and a half later, enlarged and enriched by a team with Nedjma Hadj Benchelabi as playwright, Enzo Tibi as set designer and Quan Bui Ngoc as choreographic consultant and more. This solo was performed for the first time as a work in progress in October 2020 at the KVS Brussels as part of Wipcoop, the Mestizo Arts Plateform festival.

At the same time, he is the Belgian and French-speaking coordinator of Trans United Europe, a European NGO whose aim is to support and improve the quality of life of Trans* Black and Coloured people in the field but also within institutions. 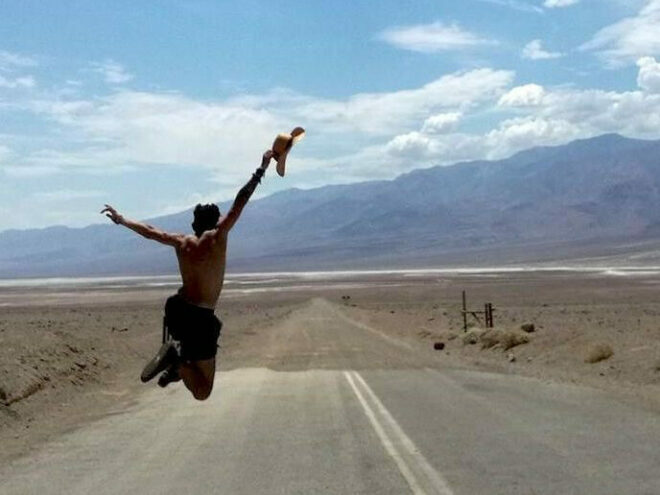