Anton Lambert (Belgium, 1997) is trained as a jazz double bass player at the Royal Conservatoire of Antwerp, where he started studying in 2016. He is currently studying double bass with Nathan Wouters and electronic music composition with Jorrit Tamminga and Andrew Claes, focusing on Pure Data programming and live electronics. Aside from that from his practice as a bass player, he is active within the performance field as a double bass player and an electronic musician, accompanying theatre, dance and other interdisciplinary performances. His electronic music is based on the principles of sound synthesis and on sound in relation to sound object; as introduced by Pierre Schaeffer. He works with recorded sounds and manipulates them, until the origin of the sound is barely recognizable and becomes a musical element. He focuses - through psychoacoustic theory - on the physical sensations that people experience and the emotional effect it has on them. He creates spatial soundscapes that trigger the imagination and challenge the ears to listen on a different level.

He is part of a sound and performance collective de zwartezusters. Using improvisation, they explore the tension between music, image and performance. The starting point for their ongoing long duration performances (up to 7 hours) is the search for collective values and trust, focusing on the equivalence of all musicians and unaffected pleasure in playing.

During the summer of 2019, Anton Lambert did a residency for two months in Surakarta, Central Java (Indonesia) with Eko Supriyanto, a Javanese choreographer and dancer, at EkosDance Company. There he researched and recorded the Javanese music and created several compositions with the material gathered there. During this residency, he performed with Wito Geerts (performer/actor) at International Mask Festival 2019, Bukan Music Biasa 2019 and in EkosDance Studio. 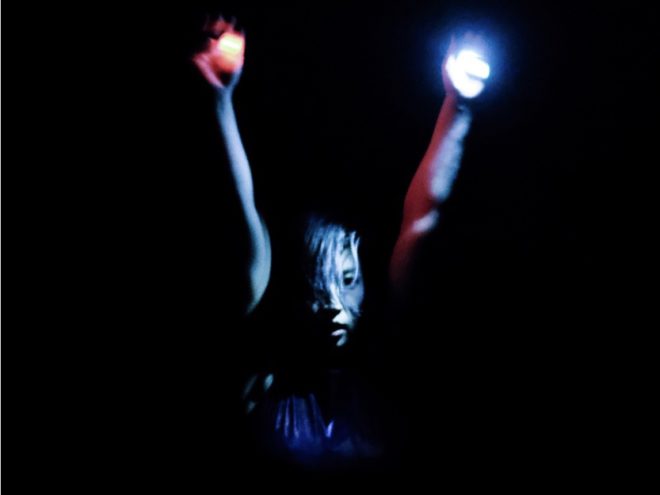