Boglárka Börcsök (1987, Hungary) is an artist and performer based in Berlin and Budapest. She studied dance and choreography at the Anton Bruckner Private University in Austria and at P.A.R.T.S. in Belgium.

Since 2010, she works at the crossroads of dance, choreography, film, video and voice work presented in theaters, galleries and museums. As a performer she collaborated with Tino Seghal, Kate McIntosh, Joachim Koester, Ligia Lewis and Daniel Linehan amongst others.

Currently, Börcsök is working on a triptych in collaboration with filmmaker Andreas Bolm exploring the biopolitics of old age in dance. The first project in the series is a documentary film portraying three elderly female dancers from Budapest with the title The Art of Movement. The second work is a solo performance and video installation called Figuring Age devised for museums or site-specific locations. The last piece of the triptych Second Skin will be intended for the theater and is inspired by the Dadaist legend Baroness Elsa Freytag von Loringhoven. 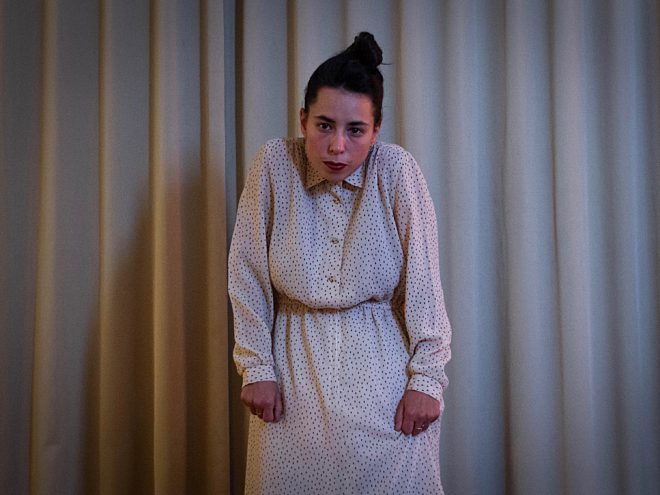