Evelien Cammaert (Brussels, 1986) is a transdisciplinary artist. She studied photography (BA, Luca Brussels, Narafi, 2010) and performance (BA, Maastricht Institute of Performative Arts, 2016). With a background in both disciplines and an interest for the interactions that occur between the realities of different media, she creates a hybrid language resulting in performances and immersive installations.

With photography often being a starting point, she investigates the relation between images, landscape, nature and the experiencing body.

A focus on our perception of time is a recurring underlying presence in her work. By slowing down the pace in her performances, or even freezing it (Slowblinking Eyes, 2013 and Threethousandsixhundredseconds, 2013), Evelien Cammaert tries to pull herself and the spectator out of our daily acceleration, in order to generate a collective concentration and space to alter the order of events. She looks for interactions between past and present, memory and live experience (Absorbing Exposure, 2016), or makes spatial interventions that respond to oppositions such as large and small, close by and far away (Tiny Things, Pretty Far Away, 2016). 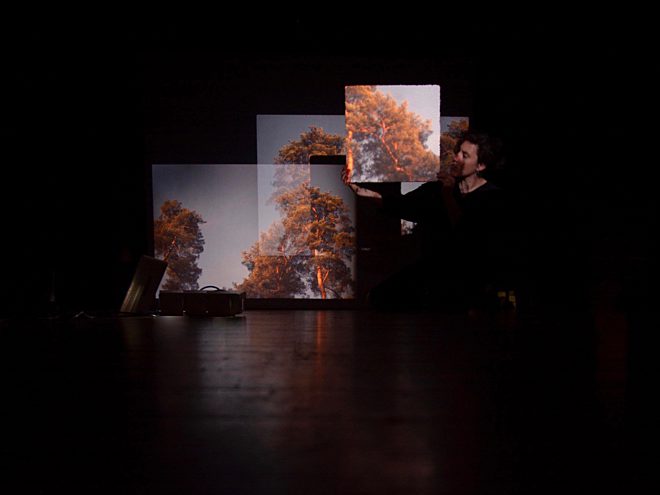