Pluton is working on its first creation based on this quote from Kafka: "We were driven out of Paradise but it was not destroyed for that. This kind of expulsion is fortunate, because if we hadn’t been driven out of it, Heaven would have had to be destroyed."

Anna Calsina Forrellad studied dance and fine arts in Barcelona. Since 2008 she has participated in numerous creations with James Thierrée, Boris Gibé, Carlos Pez, Camille Boitel, Claire Ruffin, Lali Ayguadé and Rootlessroot. A long-term collaboration with Lisi Estaràs lead her to participate in several plays, currently in Monkey Mind, supported by Ballets C de la B. She works closely with Murielle Felix for the creation of short films such as Le reveil.

Manah Depauw studied at the Cork conservatory and founded her own company with Marijs Boulogne. Together they created Endless Medication and Good Clothes. Depauw created many performances, such as How do you like my landscape, Johnson& Johnson, Eden Central, and Eet u stekels op. She has performed with Ontroerend goed, Ivan Vrambout, and Tom Heene. She also works as a playwright and has teached at KASK, RITCS and the University of Antwerp.

Nathan Jardin started his education in dance and theatre at a young age to later on continue his studies at P.A.R.T.S. and SEAD. He has worked as a performer and dance teacher all around Europe. He is a performer in the work of Jozef Frucek and Linda Kapetanea (Rootlessroot), Renan Martins de Oliveira, and Petra Tejnerova.

Caroline Godart is a dramaturge, writer, and professor. She holds a PhD in Comparative Literature and Cinema Studies from Rutgers University, and her first book, The Dimensions of Difference: Space, Time and Bodies in Women’s Cinema and Continental Philosophy, was published in 2016 by Rowman and Littlefield. She collaborates with several performing and visual artists, is a frequent mentor at a.pass, and teaches at IHECS. 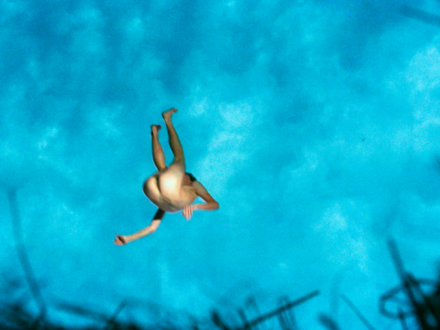