Nikima Jagudajev (1990) is a US American, Austrian/Uzbek choreographer. Their process based live practice is concerned with long form gatherings and play, expanding formal dance into the construction of open-ended socialities that find their homes in various non-theater spaces. The elements include formal dance sequences, but also food, music, Crits, Still Lifes, divination, Arcane Clothing, journaling, cards, and conversation. These elements work as informal invitations to engage in different ways, shifting attention and offering agency. Similar to a music festival or a traveling fair, Jagudajev and their collaborators arrive, subtly infiltrate, contaminate, transform into something different, and depart. Their spaces propose strangeness and are interested in the voids of representation, in what is often left out from what is considered culturally valuable or desirable.

Jagudajev’s work has taken form in venues including Shedhalle (Zürich), Kurimanzutto (Mexico City), Centre d’Art Contemporain Genève, The Whitney Museum of American Art, MoMA PS1 and the Rockbund Art Museum (Shanghai) as well as in the context of Material Art Fair’s Immaterial (Mexico City), 89+ at LUMA/Westbau (Zürich), kunstenfestivaldesarts (Brussels) and as part of the Marrakech Biennale (Morocco). They have an upcoming show at WIELS (Brussels) in April 2023.

Published work by Jagudajev includes « The Backstreet Boys » as part of Bergen Kunsthall’s Speculative Histories text commission platform (2021) and co-published by Karmaklubb*, « Relations of Unpredictable Encounters » in the Movement Research Performance Journal (2017) and ‘the landscape thinks itself in me’ in Asad Raza’s Root Sequence. Mother Tongue (Walther König, 2018). 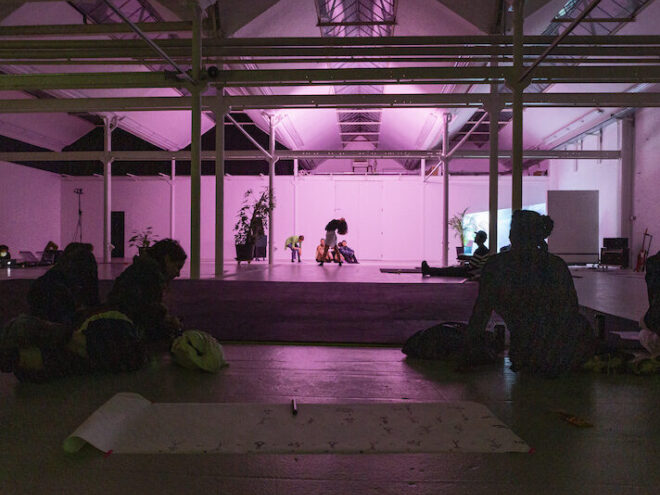